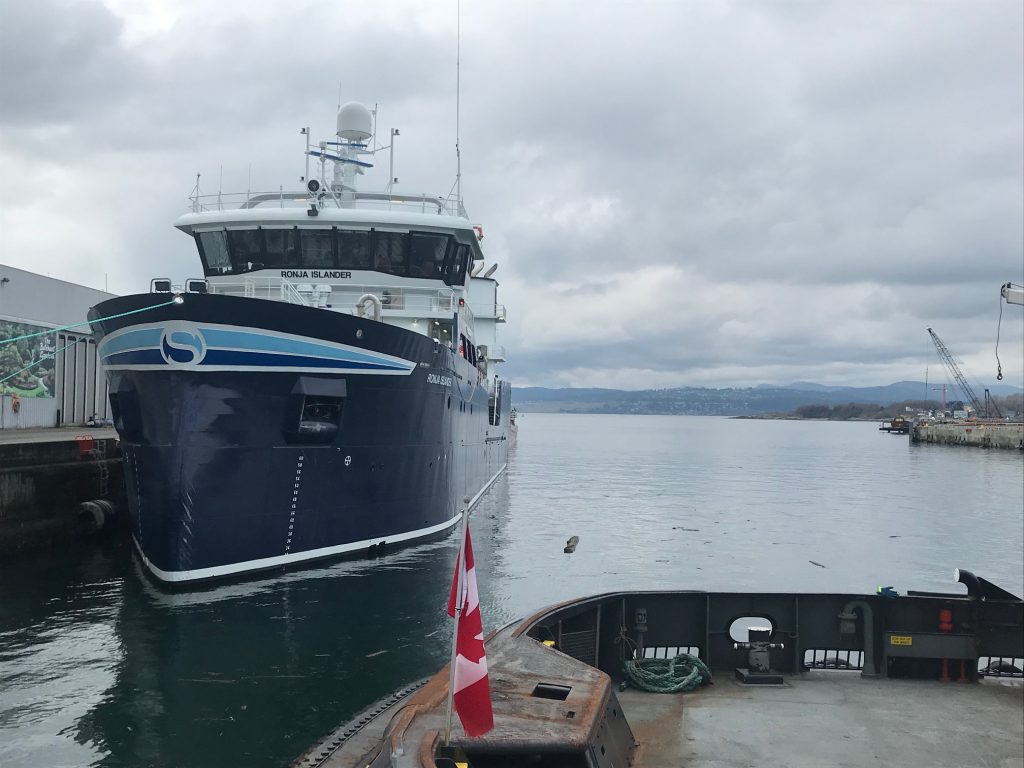 Pairing community input with innovative technology resulted in a groundbreaking wellboat for Grieg Seafood BC and Canada.

The relationships the salmon farmer developed with communities on the west coast of Canada where it farms were invaluable in designing Ronja Islander, said Dean Trethewey, Grieg Seafood BC’s seawater production director.

The 70-metre aquaculture vessel was custom-built to transport smolts from hatcheries to net pens in the sea, and remove sea lice using hydrogen peroxide therapy.

It arrived in Victoria, B.C. on Feb. 10 after a 58-day day journey from Norway, where it was built last year. It left the Port of Victoria on Feb. 15 to start servicing 16 of Grieg Seafood’s salmon farms around Vancouver Island and the Sunshine Coast.

“One of the reasons we can operate with this type of density is the newer technology installed in the ship, such as movable gates that gently move the fish towards the pumping systems. They move slowly and move all the way from the bow to the stern of the vessel,” said Trethewey, who led the wellboat project. In earlier boats without such mechanism, moving the fish means emptying the water out, which is more stressful for the fish. 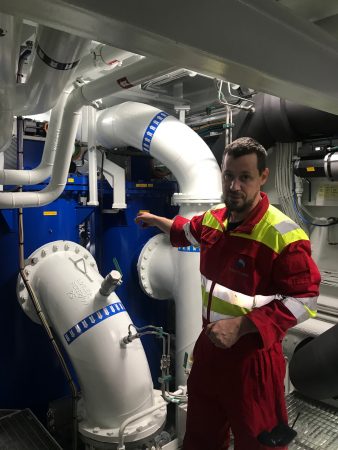 The $40-million Ronja Islander has a host of other features that make it Canada’s most technologically advanced aquaculture wellboat: a patented CO2 stripper that enables the vessel to run fully closed – no wastewater is pumped out of the ship – while in transport.

This has always been a challenge on older vessels, said Trethewey. “We can now move from our hatchery to our sea sites with fully contained water and not have to open up and flush with outside ocean water. So we’re never crossing zones and mixing ocean water.”

Another unique feature is a bycatch system that separates bycatch (mostly herring) from the salmon and keeps them alive in oxygenated tanks until the time they’re released into the sea. “We listened to our First Nations partners and this was something of a concern for them. They didn’t want to think that we were harming wild fish in any way, so we included this feature in our design,” he said.

A critical feature of the Ronja Islander is its capacity to treat sea lice, a naturally occurring parasite that live in the ocean. Trethewey says three activities affect the numbers of sea lice in the wild: ranching; conservation efforts to enhance native Pacific salmon population; and salmon farming – all of which release millions of fish into the water

“As we have salmon farms in the inlets, if we don’t do a good job of keeping those numbers low, then we can be increasing what’s on the wild as well. It is our responsibility to make sure we don’t allow them to harbor on the farm sites and increase in number because when the smolts are ready to go back out to the ocean in March, April May and June, we need to make sure our [sea lice] numbers are very, very low,” he said. 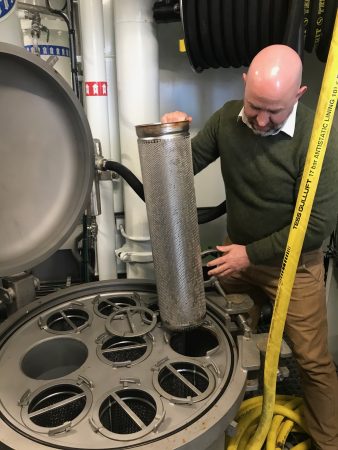 The hydrogen peroxide therapy removes about 90-95 per cent of the lice and is on par with other treatment methods in terms of cost, which is estimated at $1 per kilogram of farmed salmon, he added.

Ronja Islander is only the second wellboat in B.C. and Canada. The other vessel is the 77-metre Aqua Tromoy, owned by Mowi Canada West, which arrived in B.C. last year.

Ronja Islander’s arrival is but one of two major milestones for the company in B.C. so far this year. This month, the company achieved Aquaculture Stewardship Council (ASC) certification for the first time.

“This is an important first step for Grieg BC as we strive to have 100 per cent of our farms ASC certified by 2021,” says Rocky Boschman, Managing Director for Grieg Seafood BC. 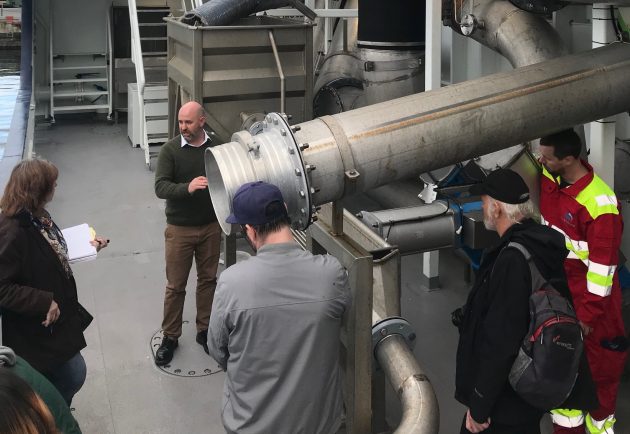