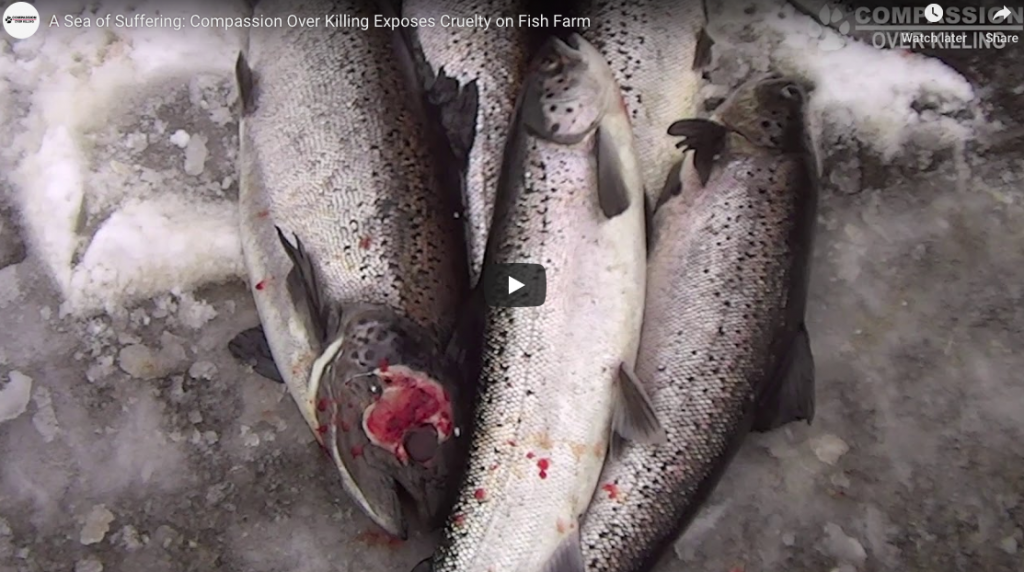 The CEO of Cooke Aquaculture is responding to a new video that surfaced online depicting one of its farms’ alleged mishandling of fish, saying in a statement he is “disappointed and deeply saddened,” by what he saw on the video.

“As a family company, we place animal welfare high in our operating standards and endeavour to raise our animals with optimal care and consideration of best practice. What we saw today is most certainly not reflective of these standards,” Cooke CEO Glenn Cooke said in a statement.

Compassion Over Killing (COK), an anti-aquaculture, anti-agriculture advocacy group based in Washington, D.C., posted a video on its website that showed several footages of fish being mishandled by some personnel. A COK “investigator” worked undercover inside Cooke’s freshwater hatchery in Bingham, Maine, and secretly videotaped the workers. In the video, workers were seen slamming fish to a post and stomping on their heads. It is not evident on the video why or what led to that act by the worker.

“COK’s ground breaking video takes you beneath the surface of the factory farming of fish, revealing putrid conditions breeding disease and parasites as well as widespread cruelty to fish intensively crowded in barren tanks… The plight of fish often goes unseen and unheard, but our new exposé brings to light the dire lack of protection for millions of animals raised for food,” the advocacy group posted on its website.

The Maine Department of Agriculture contacted Cooke in light of the video and the animal welfare complaint submitted by COK, according to a statement from Cooke Aquaculture.

“Based on information received from the department, and after reviewing the footage issued today by the activist veganism organization, it appears that unacceptable fish handling incidents have occurred at the Bingham hatchery. These are not our standards and will not continue. The Cooke family has been raising fish for over 35 years and we are not happy about this. We have already begun putting the necessary checks and balances in place to ensure this will not happen again,” the Cooke CEO said.

He added that he is “very sorry that this happened.” Cooke also said his company will institute a rigorous re-training program at its Maine facility. “This is one that we apply across all our global operations to enforce the importance of animal welfare,” he said.

Cooke’s official statement further said: “We understand that animal health and welfare are an important piece of raising animals and are in position to manage those pieces effectively. As a company, we place animal welfare high in our operating standards and endeavour to raise our animals with optimal care and consideration of best practices. We regularly validate our internal best practices through regulatory compliance and voluntary third-party audits of our operations.  In additional to a rigorous global employee training and operational standards training program, we encourage employees to speak up when they have any questions or concerns, or if they feel that practices are not being adhered to.

“Our family, company and our employees take animal welfare seriously. We have policies and protocols in place and work very hard to ensure our team is well trained and we are compliant with the rigorous standards that are set. We are immediately updating our facilities Health Management Plan and enhancing procedures and training for handling protocols. Our commitment to the health and care of our animals is nearly unequaled, matched only by our commitment to the highest quality, safest and most affordable farm-raised seafood products available anywhere in the world. Like most, we respect anyone’s dietary choices, whether that diet includes seafood, meat, milk and eggs or not.”