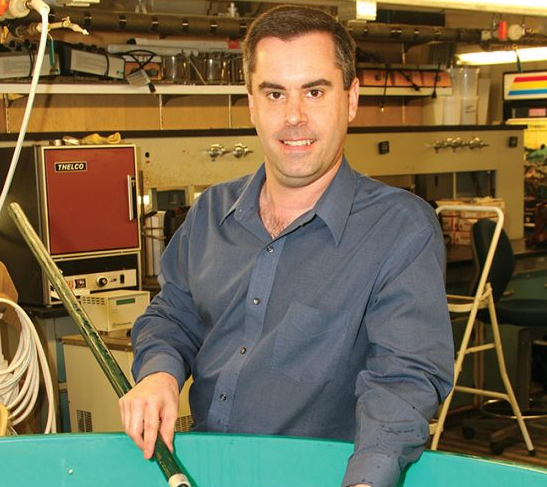 High-value fish such as Atlantic salmon, perch and walleye that can fetch three times the price of tilapia are attracting interest among aquaponic farmers. But for walleye, lack of regular egg supply prevents it from being farmed intensively, says Dr. Chris Hartleb of the University of Wisconsin – Stevens Point (UWSP).

Hartleb and his team are advancing the technology for rearing walleye and hybrid walleye commercially for both food and stocking purposes.

UWSP’s Northern Aquaculture Demonstration Facility provides any excess fry and fingerlings to aquaponic facilities, school and community groups in exchange for getting reports back on metrics such as growth and survival. But this is hardly the solution to drive a potential industry.

“If somebody is going to establish an actual farm or if we want to see an industry grow, there should be a reliable source of fry or fingerlings throughout the year,” says Hartleb. “But we’re keeping our fingers crossed that our next grant gets funded, and that’ll be looking at multiple cycles of production throughout the year.”

A recently completed project that compared walleye and tilapia discovered that the two fish were comparably suitable for pairing with a variety of leafy greens. Researchers found that both species should be stocked at the same density (half a pound of fish per gallon of water) at the time of harvest and they have similar feeding rate ratio, which is the amount of fish feed needed to grow a certain area of plants in aquaponics. It was an unexpected result given the differences between the two species.

“Tilapia is a tropical fish, it’s a daytime feeder, very passive and tends to be an omnivore. Walleye is a native fish to the north central part of North America. It’s a cool-water fish, a nighttime predator and a carnivore that’s cannibalistic. They’re exact opposites, so the similarities we found were very surprising to us.”

It remains to be seen whether farming walleye makes sense from an economics standpoint. Hartleb notes that all the technical information needed to grow walleye in aquaponic systems is available. But to do so, eggs will need to be regularly available, not just when the UWSP facility has extras to give away.

“Until we actually see a commercial facility jump in and say ‘okay, we’re going to try this for a year or two,’ we won’t know the answer. All of the recipients of UWSP’s eggs told us they’re waiting for that last piece of the puzzle–which is consistent supply of eggs. To be successful in raising any species of fish, you need to have eggs or fry more than once a year. ”

Hartleb and his team are now working on establishing protocols for out-of-season spawning to get the fish to spawn on a set production cycle. They are also looking at ideal starter diets for walleye, a project he expects will wrap up in 2020. 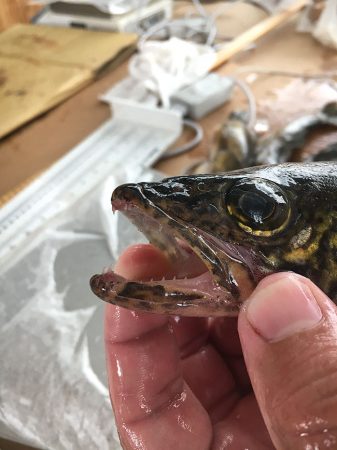 A bottleneck in farming walleye on a commercial scale is the lack of regular supply of eggs Photos: UWSP