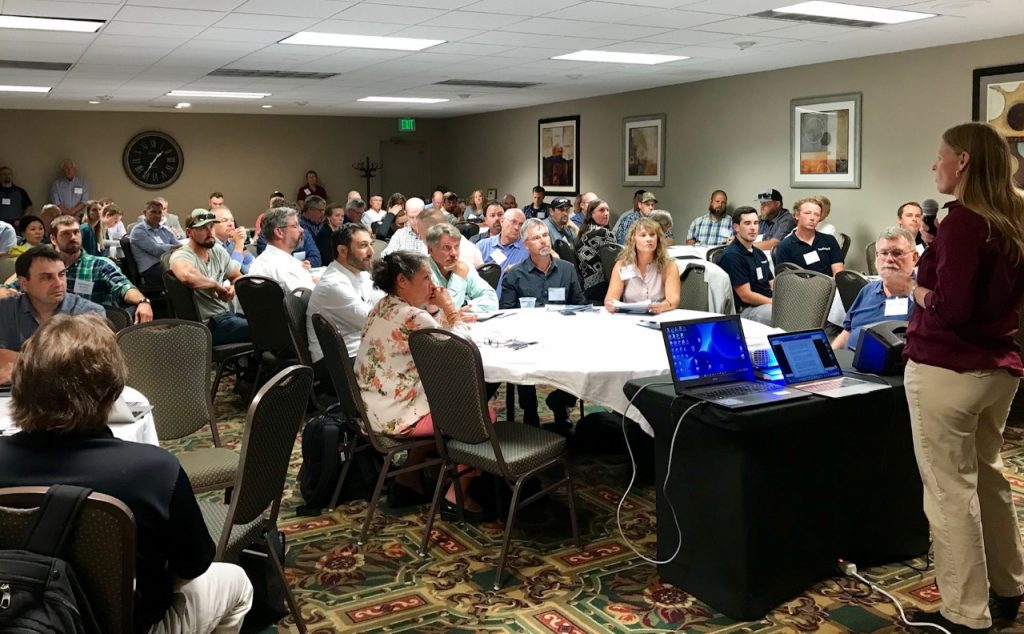 Results from a major study on the regulatory costs on US salmonid farms was a hot-button topic at the United States Trout Farmers Association (USTFA) Fall Conference but it was just one of the many pressing issues that commanded the attention of attendees.

Innovations on how to breed, feed and manage more diseases more effectively were a common theme among the presentations.  The message that everyone in the industry can serve as an ambassador for aquaculture–a theme that has been trending up in recent industry conferences–was also loud and clear.

In her presentation “How to set the record straight in a ‘post-fact’ world,” Jesse Trushenski, director of animal health and welfare at Riverence, underscored the progress aquaculture has achieved in reducing its environmental footprint, but she admits that a lot still needs to be done to communicate this effectively.

“We have a really good story to tell in terms of the environmental footprint that we have as an industry. The facts are on our side and we should all feel really good about that. But being able to talk in sound bites is not something that comes naturally to most people,” she acknowledged.

Trushenski advised the audience to keep their message simple by communicating in anecdotes and illustrated how to make ideas “infectious” and tailored to the audience. Riverence, she said, will soon launch a blog and a bi-annual newsletter to better tell its story.

“Promoting the industry needs a lot more work,” agreed participant Alex Tsappis of animal nutrition and feed specialist Alltech. “But I think that’s where the collaboration between industry and farmers come in. We need to get out to the customers and promote the whole industry and not just individual companies.”

The message that consumers increasingly care about where their food comes from was also strong in the presentation about seafood certification. In her capacity as Best Aquaculture Practices (BAP) certification auditor for NSF International, Angela Caporelli shared insights into the certification program and advised how operations that want to be certified can prepare themselves.  There are now over 2,290 BAP-certified aquaculture facilities, a whopping 227 percent from just four years earlier. “Certification is growing by leaps and bounds because the consumer wants it,” said Caporelli. 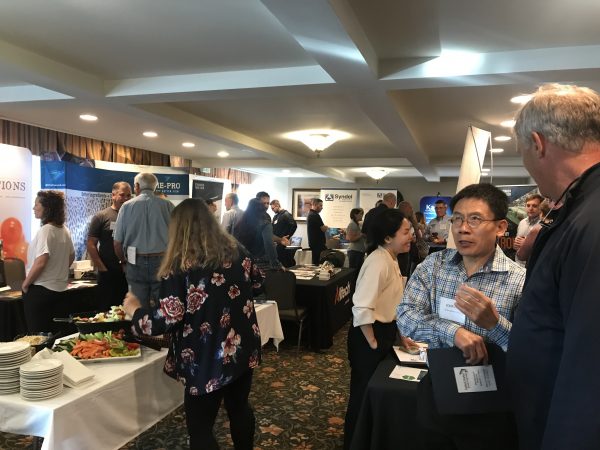 The conference, which ran from 4-6 September in Seattle, WA, welcomed 105 participants (up roughly 30 percent from last year) and featured 15 services and equipment suppliers from all over the United States and Canada as exhibitors.

“There’s a pretty good mix of attendees. There’s the core of people from Wisconsin, Pennsylvania, the Carolinas, Missouri and California. Farms from around Seattle sent several people to the conference,” said Ron Johnson, administrator at the USFTA, which organizes the annual event.

Around 50 of the participants joined the tour to Troutlodge’s Trout Springs facility and to Cooke Aquaculture’s Scatter Creek facility on the last day of the conference. Attendees enjoyed locally grown trout and seafood prepared by chef Dani Klontz during the President’s Reception on Wednesday evening.

“The show exceeded my expectations because there’s a lot of people, I think near a hundred trout farmers. The vendor room is packed, which means there’s a lot activity in the trout sector, which definitely is good for all of us in the aquaculture sector. I’m very pleased with the event,” said Aedrian Ortiz Johnson of Skretting.

For Barbara Ziegelbauer, president of Fresh-Flo Corp. based in Wisconsin, the event was an opportunity to meet existing customers and potentials. She liked the new segment introduced at this edition, where each vendor has four minutes to introduce the services or products they offer. “There’s a lot of energy in the room and I’m seeing  the next generation beginning  to take over the different farms. They seem to be enthused and involved. So that’s a good for the industry,” she said.

Industry challenges will remain constant but newly elected USTFA president Katie Harris is hopeful. “We have so many people here who want to advocate for our industry and as long as we have that, we can do it. I’m really proud of how we farm. I think we’re doing a good job.”

The next edition of the USTFA Fall Conference will be held in Branson, Missouri. 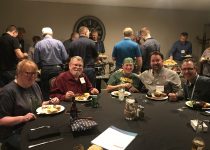 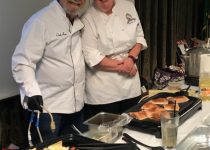 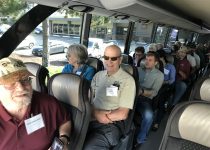 Around 50 of the participants joined the tour to Troutlodge’s Trout Springs facility and to Cooke Aquaculture’s Scatter Creek facility on the last day of the conference. (Credit: Liza Mayer, ANA) 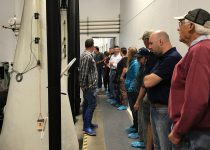