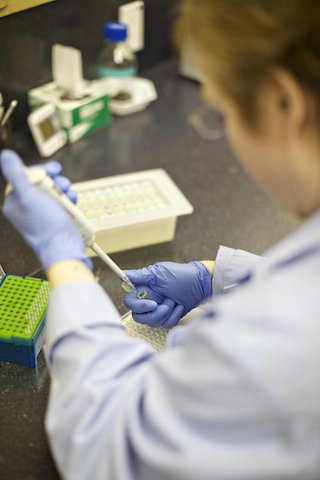 In all of Canada, the plan is to hire 135 marine scientists, Canada’s federal government

announced in May. The hiring of the scientists is part of DFO’s actions to support a number of the Cohen Commission Recommendations, released in 2012, which focused on the decline of sockeye salmon in the Fraser River in BC.

DFO released on August 9 a formal document titled Fisheries and Oceans Canada’s update on the Implementation of the Cohen Commission Recommendations that includes details on the status of all 75 recommendations, as well plans going forward.

“We are committed to continue investing in science and innovation to help inform the development and implementation of Canada’s aquaculture regulations that support the sustainable use of our marine resources, while growing our economy,” Frank Stanek, DFO’s Manager for Media Relations, told Aquaculture North America (ANA).

He said the 2016 Budget provided new funding to DFO to increase ocean and freshwater science including new funding to support additional research on sustainable aquaculture. “We will do more research on the effects of aquaculture on ecosystems and wild species, and initiate aquaculture-related coastal monitoring. We will also increase diagnostic testing for pathogens and diseases in farmed and wild fish so that the Government of Canada can meet its responsibilities to protect wild and farmed fish stocks from serious infectious diseases,” he said.

Stanek noted that there was a “tremendous amount of interest” in the DFO science recruitment campaign from across the country. “We are confident that we will hire qualified, experienced and knowledgeable people. Our investments in new staff will allow the Department to continue to make informed decisions based on scientific evidence for the benefit of all Canadians.”

“We will continue to improve Canada’s already strong regulatory system to ensure that the aquaculture industry is safe, healthy and ensures the sustainable use of our marine resources…. We have a lot of work to do, and we want new employees to start work as soon as possible,” he added.

Jeremy Dunn, executive director of the BC Salmon Farmers Association (BCSFA), said the association is pleased to see DFO reaffirm its commitment to science, and science-based decision making for all fisheries in Canada (see side bar for BCSFA’s actions on the Cohen Commission Recommendations).

Note: Salmon farming in BC makes headway in sustainability

Salmon farming in British Columbia has seen significant advancements since the Cohen Commission Recommendations were released in 2012, according to the BC Salmon Farmers Association (BCSFA).

It said that every BCSFA member farm today has at least one audited certification, and many have achieved multiple standards. “Not only is BC is home to North America’s only producer of Certified Organic Chinook salmon, but also every farm raising Atlantic salmon is certified to the Global Aquaculture Alliance’s Best Aquaculture Practices certification, and those companies are all committed to being certified to the Aquaculture Stewardship Council’s salmon standard by 2020,” BCSFA said.

“The recommendations are about protecting wild salmon, which is important to all British Columbians, ” said Jeremy Dunn, executive director of the BCSFA. “Salmon farmers have supported Justice Cohen’s plan from the day it was released, and our members are pleased to see the government’s acknowledgement of the work that has been done on implementing the recommendations, and that DFO will be continuing to move its spirit forward,” said Dunn.

He said BC salmon farmers are achieving the most stringent global standards “at a rate that is as fast, or faster, than any region in the world.”

BC salmon farmers have advanced practices in many areas, most notably as a catalyst for collaborative research through the creation of the Marine Environmental Research Program.  The $1.5-million fund administered by an independent Science Advisory Council has provided funding to six projects to date and will hold a call for proposals this December, said the group.

It added that salmon farmers have also worked to increase the transparency of their operations, publishing information on key environmental indicators on a regular basis and summarized through an annual Sustainability Progress Report.

“The Cohen Commission Report emphasized that there was no single cause of the poor 2009 return of Fraser River Sockeye, but did draw attention to possible influences such as warming water temperatures, fisheries management, hatchery work and more. He recommended more research be done regarding salmon farm production, particularly in the Discovery Islands area,” the association said.

Farm-raised salmon is BC’s highest valued agricultural export, accounts for more than 5,000 jobs, and has a total economic impact of $1.1 billion, it added.