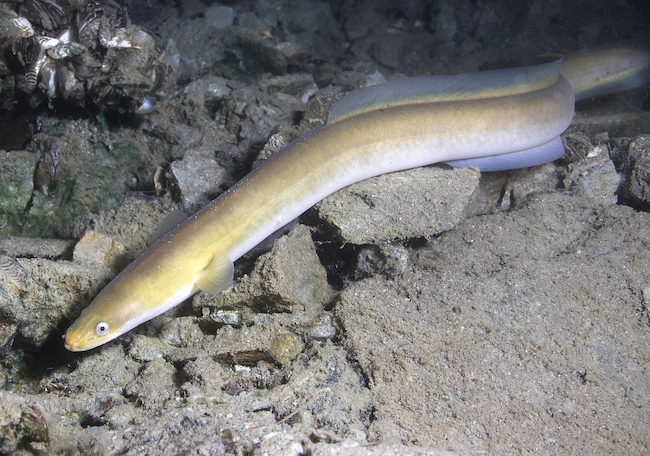 Demand for U.S.-farmed eel is rising

American Unagi, a Maine-based company cultivating and selling live, locally-sourced Maine eels throughout the United States, announced it will begin construction of Maine’s first land-based eel aquaculture facility to be located in the Waldoboro Business Park in Waldoboro, Maine.

The company said it has received planning board approval in January and has now secured all necessary environmental and building permits.

“We are shovel ready,” said Sara Rademaker, American Unagi’s founder and president. The company will employ up to 14 staff and produce 240 metric tons of eels at the new facility.

The recirculating aquaculture systems (RAS) facility will be the first of its kind in the U.S. to grow Maine eels to market size, the company said. Its state-of-the-art equipment solutions have been designed by Netherlands-based ACE, an aquaculture design-build RAS specialist with 30 years in the industry.

“We chose ACE because of its commitment to innovation and efficiency,” Rademaker said. “They’ve assisted us in designing a farm that outperforms competing products and allows us to scale up to meet the strong demand for our eels.”

Demand for U.S. cultivated eels is strong because the majority of eels imported into the U.S. market are not traceable. American Unagi’s “fisherman-to-farm-to-table” approach, along with eel’s culinary diversity on the plate, make the product very popular among US chefs, especially within the sushi industry. Additionally, consumers like the health benefits of eels because they have high amounts of vitamin D, the company added.

“Our traceable method of production, which makes our eels popular with chefs and consumers alike, is unprecedented in the industry. Our goal has always been to create the most transparent and traceable product possible,” Rademaker said. “We believe domestic production of eels will produce a better product and result in more U.S.-based jobs.”

The company’s expanded facility is part of a long-term strategic plan developed with a diverse group of industry and business experts.