Removing the blinders on land-based aquaculture

Are you thinking about shifting to land-based aquaculture but don’t know where to start? If you, like many others, find it hard to quantify adequately the risks and rewards of a land-based recirculating business, who better to ask than someone’s who’s been through the process of building one? Samuel Chen has, over the past five years, led the development of Hudson Valley Fish Farms, one of the first commercial land-based recirculating farms in North America. During this time, he had the opportunity to evaluate numerous aquaculture facilities from net pens to the full range of closed-containment farms. His role has been to oversee business development, marketing, sales, regulatory affairs, and HR. Samuel doesn’t sugarcoat it for you. Starting a land-based farm, which he likens to “birthing,” isn’t easy. There’s a steep learning curve, he writes, and the Financial Office plays a crucial role from Day 1.

Our vision at Hudson Valley Fish Farms (HVFF) to raise “Wildly Delicious Steelhead”™ in land-based recirculating systems has been a five-year journey before seeing our first fish come to market. This was a leap of faith driven by a vision to be the tip of the spear for a hyper-sustainable way to farm seafood in urban centers across the US.

Our journey has not been a project but the birthing of a business, which has no defined end but rather is a process of bringing together people, process and technology. A project mindset is inevitably finite and short term in nature. A business venture is a going concern that is supported by multiple functions including finance and accounting, which provide a lens to the best path forward and an objective report on progress. These are functions that help us understand execution challenges and risks. However, the Financial Office (FO) cannot be the driver of the vision. The financial view, just like a regulatory-legal view, is not the singular lens for go-no-go decisions.

This is what troubles me as I see new or prospective land-based systems being proposed. Too many of these new ventures are sold to investors as projects with unrealistic financial expectations. The business plans are grossly oversimplified and borrow on models like Michael Porter’s Five Forces to show business viability and competitive positioning.

The pitch usually goes a bit like this – “with control of upstream supply (e.g. broodstock or eggs), securing of downstream sales through off-take agreements (which are actually more letters of intent than agreements), and a team with strong credentials, one is competitively positioned to deliver expected annual returns of 15 percent and a return on capital is possible in three years.” Business plans like these are driven by spreadsheets developed by FOs.

History shows a rule I once heard in an aquaculture short course with Michael Timmons…the 2:2:1 rule. The build will cost you twice as much, take you twice as long as you planned and you will get half of what you projected for your product.

But why is this? I have had the opportunity to experience first hand the development of HVFF and my belief is that it is a matter of understanding phases of development in the birthing process. I propose that land-based recirculating farming should be broken into three key phases – BUILD | OPERATIONS | MARKET ALIGNMENT. The FO has the opportunity to play a life-giving role in both the pre-venture stage as well as in each of these phases through risk management. This necessitates an FO that learns together and evolves with the core business.

In the pre-venture stage, rather than focusing on manipulating spreadsheets and estimating cost and returns (which if provided should be at best understood as a level 5 estimate as outlined by AACE with a range of +100 percent or -50 percent) – FOs should focus on cash flow and burn-rate analysis. It is easy to underestimate costs and timing of returns as there are many variables that only become clear through the subsequent phases once a commitment has been made. The right investor will have the ability to absorb a burn rate for four to five years without seeing any revenue come in from the fish. A rough timeline with milestones should be developed and refined at each stage. Tax implications should be looked at against other investments or business operations that the investor has.

This is the only phase that should be managed like a project with a defined beginning and end. In fact, one of the key roles that the FO should play is a disciplined approach to ensuring completion by the planned date. Delays mean increased costs due to changes in cost of materials, longer time frames to continue paying contractors, and most importantly deferred revenue. This would also mean that finance should be reviewing vendor contracts with the builder/project manager to assess risk of cost and delivery overruns. This phase is about cash-burn and finance can play a critical role in managing the timing of these spends (looking at offsets), potential hedging on currency if supplies are being brought in from out of country (at HVFF, we have equipment from nine different countries), ensuring quoting across multiple vendors and clarifying responsibilities for changes to design. Changes to design result in multiple iterations of as-builts and accumulating unused equipment and supplies (every farm will have a bone yard).

As an aside, it is often in executing this role that the FO can alienate themselves from the build and operations team by taking the controllership role to mean catching what the build team is doing wrong. I remember an instance in our journey where someone from the FO accused our builder of stealing because the price of concrete was triple to what he was told was common in the construction world. Instead of being inquisitive and educating himself on what he does not understand, he made accusations. If he had asked, he would have found out that there were special additives to the concrete used in aquaculture that were necessary to ensure water impermeability and that using certain types of concrete (common to construction) could leach out toxins that would kill fish. The inability to ask the right questions or foster open dialog will kill the FO’s ability to be involved and contribute. During this phase, there is industrial-scale plumbing, infrastructure build and electrical that need to come together with location specific permitting requirements. It is not possible for any one person to have in depth expertise in all areas. The FO needs to learn together and work collaboratively with the build team if they are to be able to be a trusted ally and source of objective reality for the project.

During this phase, one of the FO’s key roles would be to begin classifying heads of expense. An Activity-Based Costing approach should be taken to ensure there is full absorption in the cost of production (CoP) calculation. There will be a lot of “noise” in the numbers that should be filtered out and the FO has a key role in identifying true categories of expense. A high-level business plan may have been developed in the pre-venture stage but it is only in this phase and the next that it is refined into something meaningful.

Amortization and depreciation is perhaps one of the most complicated aspects when it comes to working this into the CoP. I have heard many a conversation around the time frame one should look at for the investment and how to work this into depreciation. This is a gross oversimplification and the FO should really be looking at the lifespan of different capital both from a depreciation and a maintenance budget perspective. There are categories of assets that are more consumables than long-term assets. For example, pumps will have a known lifespan by hours used and would fall under the previous category whereas tanks would fall under the latter. Rather than coming up with an annual maintenance budget that is just a percentage of capital investment (few farms would have the financial luxury to actually set this aside), the FO could delve in deeper with the builder/operational team to understand the likelihood of different categories of equipment that need to be replaced or maintained.

Another key role of the FO is to ask questions regularly around things that concern the operational team and to translate this into a probability and severity to quantify the risk financially. A good FO will help the business systematically and regularly evaluate financial implications of the different aspects in the inner ring and elicit the business to look in more detail at the outer ring to develop plans.

Once the farm is operational, as defined by the ability to consistently produce fish, it is the phase in which costs need to be optimized and markets need to be aligned to ensure profitability and returns. It is also during this phase that business processes should begin to be standardized.

Again, the FO could plan a significant role in modelling scenarios and provide analysis for operations to explore efficiencies and for sales to focus on channels that offer higher returns. As an operation matures, it also has the ability to explore different product forms, ranging from head-on gutted fish to fillets to portions to specialized cuts. This kind of segmentation by both product and customer creates the need for analysis of complex blended margins and ultimately contribution to the bottom line.

It is also at this stage that Porter’s Five Forces are more relevant. The FO has an opportunity to facilitate strategic discussions at the leadership level around upstream and downstream integration through the value-chain. As an organization moves from the operational to market phase of a business, data also begins to become more stable and the opportunity for reports and the development of key performance indicators are also made possible. The FO should be providing cash flow reports, trial balances, sales reports and analysis of receivables.

In summary, land-based recirculating aquaculture is a long-term venture that goes through different phases of development as it journeys towards a viable business. Finance and accounting can play a much greater enablement role than providing spreadsheet economics if it learns with and evolves with the core business.

The views presented in this article do not necessarily represent the official views of Hudson Valley Fish Farms but are the personal opinions of the author. 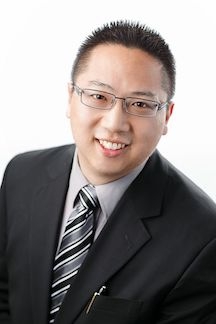 ‘This is what troubles me as I see new or prospective land-based systems being proposed. Too many of these new ventures are sold to investors as projects with unrealistic financial expectations
Print this page