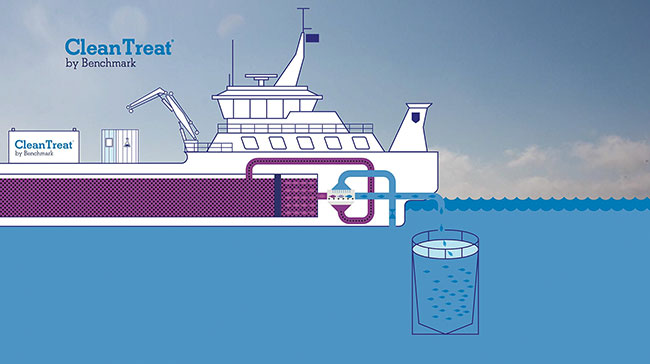 A new sea lice solution is in the pipeline Credit: Benchmark

Benchmark has secured funding to advance the commercial development of a new sea lice solution.

The UK-based company raised roughly $48 million (£36.4 million) in a stock offer at the end of January to move its CleanTreat system forward. The system is an integral part of a new sea lice medication from the company, called BMK08.

CleanTreat purifies treatment water used within contained treatment systems such as well boats before releasing it to the environment. “This breakthrough technology allows clean water to then be released back into the sea with no environmental impact,” said Benchmark.

The company added that the latest round of developments show the technology works on a wide range of existing and new medicines to treat multiple diseases in the aquaculture sector and not just on sea lice medicines.