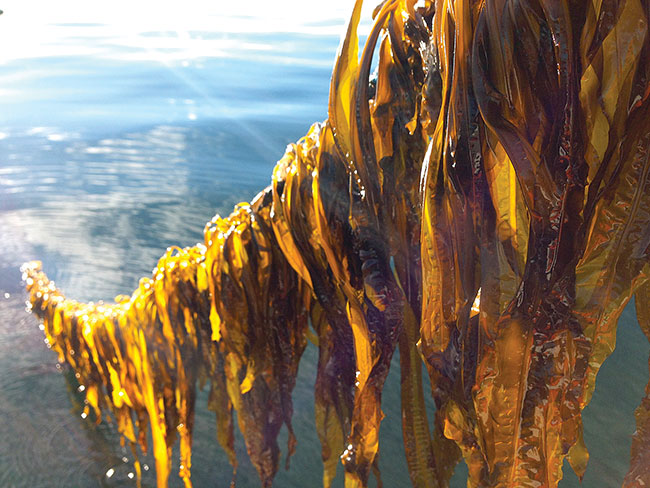 Open-water seaweed aquaculture is in its infancy in the US and researchers say the industry must develop diverse by-products and apply sustainable farming practices in order to advance.

A report titled, “Opportunities, challenges and future directions of open-water seaweed aquaculture in the United States,” suggests that sustainable practices such as domesticating local seaweed species will help farmers build momentum for their business without hurting the environment.

The report lauds the efforts by US aquaculture firm Ocean Approved to cultivate local kelp species to reduce reliance on wild harvested seaweed. The Connecticut-based company, the first commercial seaweed producer in the US, sells many novel products such as freshly frozen kelp, salad and slaw.

While kelp is mainly used for the production of food and animal feed, the report encourages seaweed producers to develop other products, such as phycocolloids or food additives, cosmeceuticals, nutraceuticals and biofuels if it becomes economically viable. Diversification means more income opportunities for seaweed farmers.

The report traces the development of seaweed aquaculture in the 70s when the US government explored the possibilities of seaweed-based biomass production in New York and California. Various varieties of kelp were cultivated to generate methane in an attempt to address the energy crisis resulting from the oil embargo by oil producing countries in the Middle East. The initiative was eventually discontinued in 1991 when experts no longer predicted shortage of oil and natural gas in decades to come.

Lessons learned from earlier attempts at seaweed cultivation–from the selection of right kelp species to building of appropriate farming structures and systems in nearshore or offshore environments–set the stage for the development of commercial seaweed industry. In the Gulf of Maine and Long Island Sound, commercial cultivation of kelp and other seaweed began in 2010.

The report said the Exclusive Economic Zone (EEZ) of the United States offers opportunities for expansion of seaweed aquaculture into an environment greater than the entire land mass of the United States, in an area where there has been limited human activity.