Asks authors to publish a correction in science publication 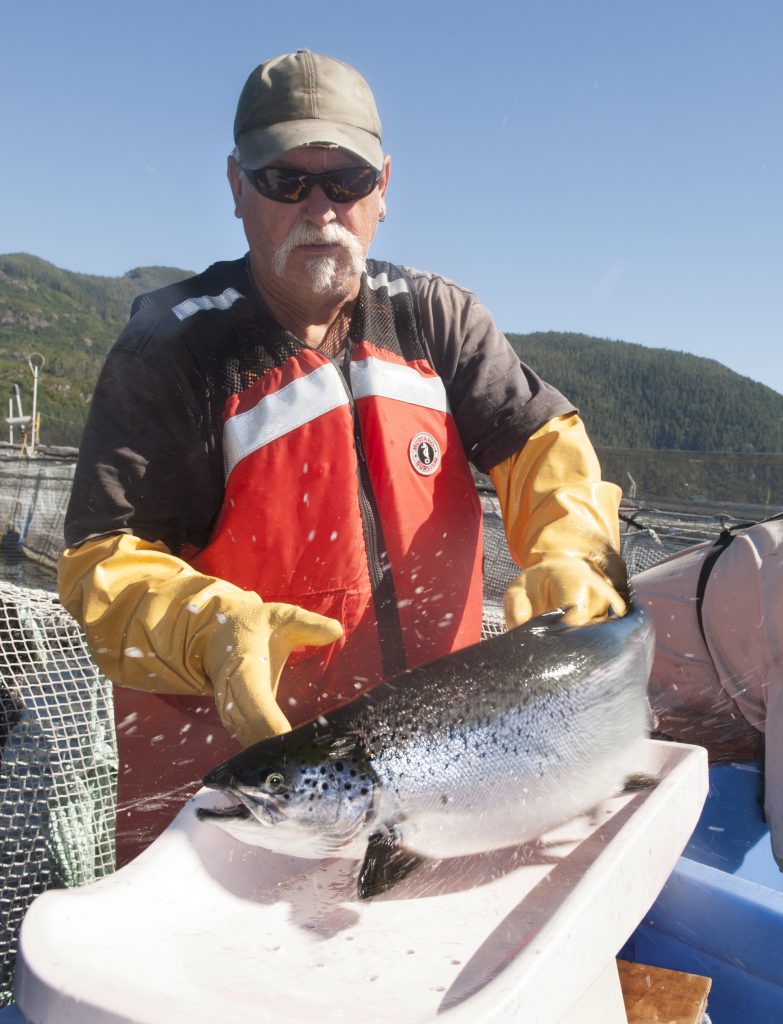 The voice of the B.C. farmed salmon industry noted the shortcomings of the Mordecai-led study (Photo: BCSFA)

The British Columbia farmed salmon industry has questioned the credibility of a local study that points to aquaculture as the source of piscine orthoreovirus (PRV) transmission to wild salmon, adding that it is yet another publication that expresses “a clear bias against salmon farming.”

The study, “Aquaculture mediates global transmission of a viral pathogen to wild salmon,” was conducted by Gideon Mordecai, a researcher at the University of British Columbia, and the Strategic Salmon Health Initiative (SSHI) – a partnership of Fisheries and Oceans Canada (DFO), Genome BC and the Pacific Salmon Foundation.

In a statement, the British Columbia Salmon Farmers Association (BCSFA) challenged the following claims in the study:

1. Farmed salmon industry’s development brought the PRV virus from Europe to BC

The BCSFA says this conclusion is flawed because PRV has been found, via by PCR analysis, in a wild-source steelhead trout in BC in 1977.

But Mordecai et al. dismissed the 1977 test results, stating that it has not been verified by genetic sequencing. They also did not acknowledge the results of a test on the same 1977 sample conducted in May 2020 by DFO researchers, which confirmed it is positive for PRV.

“We recommend that the authors submit a correction to Science Advances that would be appended to the online version of the study. This correction should consider the impact of the presence of PRV in the 1977 sample on their estimates of the arrival of PRV in the NE Pacific.”

The study found that the closer wild salmon are to the fish farms, the higher the PRV infection rates. But the authors admitted that they did not take into account other factors that might influence the virus’ prevalence, such as different environmental conditions or differences in host condition between regions.

Salmon farmers therefore ask: How could the authors arrive at their conclusion without accounting for these important factors?

It further said that the three studies that the authors cited to support their conclusions are flawed: One of them was found to be erroneous and later corrected, making the original conclusions of the Mordecai study invalid, says the BCSFA. And one of them studied farm-to-farm transmission (rather than  farmed-to-wild), while the third was unable to establish a clear line of transmission from farmed to wild salmon.

“In an effort to bolster their own questionable conclusion, the authors of the Science Advances study thus appear to have adopted rather lax citation standards,” says the BCSFA.

“Furthermore, any study considering the transmission dynamics between farmed and wild salmon should recognize that all young farmed Atlantic salmon entering the marine environment have been verified PRV-free. In other words, farmed Atlantic salmon do not introduce PRV to the marine environment. Rather, they acquire it during their ocean residency.”

In making the above statement, Mordecai et al. fail to recognize two things, says the BCSFA: firstly, that BC farmed salmon are healthy; and secondly, that detection of the virus in fish does not equate to disease.

“Evidence presented from fish farm data through DFO reporting indicates that ‘mortality events’ are overwhelmingly (nearly 100 percent in 2019) due to environmental and mechanical/handling incidents rather than infectious disease; and about 80 percent of ‘fish health events’ – where disease is known to be a factor – were due to the prevalence of three infectious diseases historically common and managed in populations of BC farm-raised salmon.

“Given that there have been no major die-offs, or significantly high numbers of uncontrollable fish health events on farms, it does not stand to reason that BC farmed salmon are spreading highly infectious and harmful diseases to wild populations.”

The association also cited studies that have indicated the PRV isolate found in BC does not cause disease in wild or farmed salmon in the Pacific. It also says Heart and Skeletal Muscle Inflammation – the disease associated with PRV elsewhere – has not been diagnosed by licenced veterinarians caring for fish in British Columbia.

The BCSFA says the Mordecai-led study “highlights yet again the long-standing concerns of the BC salmon farming industry regarding the bias and credibility of research supported by the SSHI.” It cited instances where research supported or conducted by SSHI needed to be corrected or declared invalid because of flawed evidence.

SSHI is funded largely by the DFO to study the distribution and impact of potential disease agents in BC Pacific salmon. SSHI scientists have so far only identified viruses currently carried by BC’s wild and farmed salmon; they have yet to study if these are actually threatening wild or farmed fish.

Because its work remains unfinished, it has failed to contribute “to a greater understanding of the factors actually impacting the health of BC’s wild salmon populations” but instead “simply succeeded in generating alarm and uncertainty,” said the association.

DFO told Aquaculture North America in an email that the second phase of the SSHI’s four-phase project took longer than planned, but it is ready to move forward.

“An international panel of experts met in March 2021 to go over SSHI findings to date, discuss where the research should go moving forward and what agents the program should specifically focus on for challenge studies. The SSHI project team will soon be following-up with the findings and advice from the March 2021 workshop,” said a spokesperson from the agency.