March's passion for aquaculture was cemented in March 1997, when she began her career at AquaBounty. 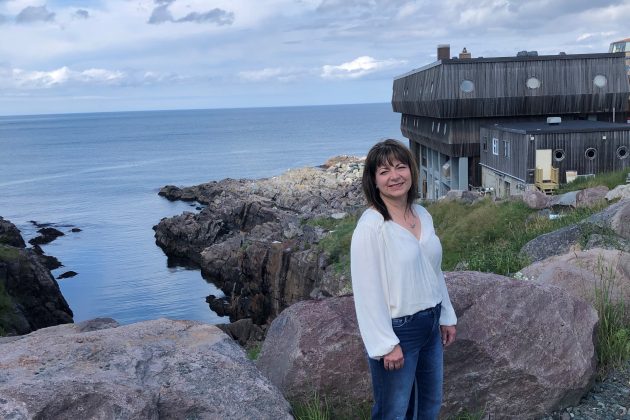 Chantal March, Director, Quality & Regulatory Compliance, AquaBounty, grew up next to the ocean in Newfoundland where fish and fisheries were extremely important. She discovered her love of being on the water at an early age when she became a member of the Royal Canadian Sea Cadet Program, later working and volunteering within that organization in many roles. This included a three-year term as the Commanding Officer of a group of 90 cadets and a staff of ten officers with responsibilities for ensuring the overall operational and training requirements of the program were being met.

In 1992, she started working with the fisheries ecology unit at Fisheries and Oceans Canada. Through the research there, she learned the impact changing climate could have on wild caught fisheries. Newfoundland had just had its cod fishery shut down. It became abundantly clear that the ocean’s fish stocks were not going to be able to sustain the world’s demand and that aquaculture would have a huge role to play in providing seafood to consumers.

Chantal started her career at AquaBounty in March 1997. She was amazed at the growth of AquaBounty’s salmon and the potential of the technology for salmon aquaculture. She has been instrumental in the growth and success of the company since that time.

“The aquaculture industry is dynamic. Personal success requires innovation, patience, and persistence; a willingness to think outside the box. Don’t be afraid to embrace any opportunity to grow,” said March, sharing her advice with fellow women in aquaculture. “Research, learn something new and then don’t be afraid to adapt and improve it to fit your situation. Most importantly, you need to truly believe that what you are doing is important, because it is.”

Chantal is active in the aquaculture and biotech community, serving as the Vice-Chair of the Industrial, Agricultural and Environment Committee of BIOTECanada. She is also the Chair of the Education Committee for the Society of Quality Assurance. She joined AquaBounty in 1997 as an Aquaculture Research Technician and has held many critical roles throughout the organization since joining. She was recently promoted to Director, Quality and Compliance and oversees all aspects of quality control, quality assurance and food safety.

Related
AquaBounty: Obstacles many, but high on hopes
Is the export market for you?
Gael Force Group comes to Atlantic Canada
Share Her Story: Caring for yourself makes growing fish easier
Tags