‘Agriculture Project of the Year’ awardee breaks the mold

The WateReuse Association, a trade organization advocating water reuse, has awarded an aquaponics farm backed by Pentair and Urban Organics the “2017 Agriculture Project of the Year” for its water- and energy-saving features. 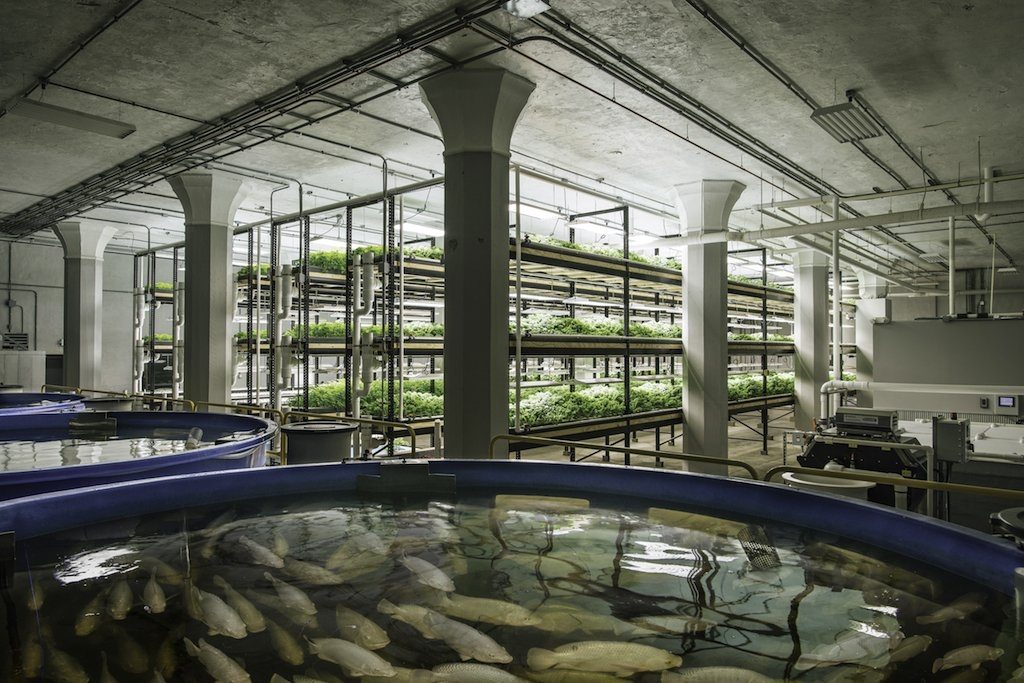 Tilapia in one of four 3

By reusing the water repeatedly, the system utilizes less than 10 percent of the water that would be required for conventional farming. Energy use, meanwhile, is minimized by up to 40 percent using energy-efficient pumps and LED lighting.