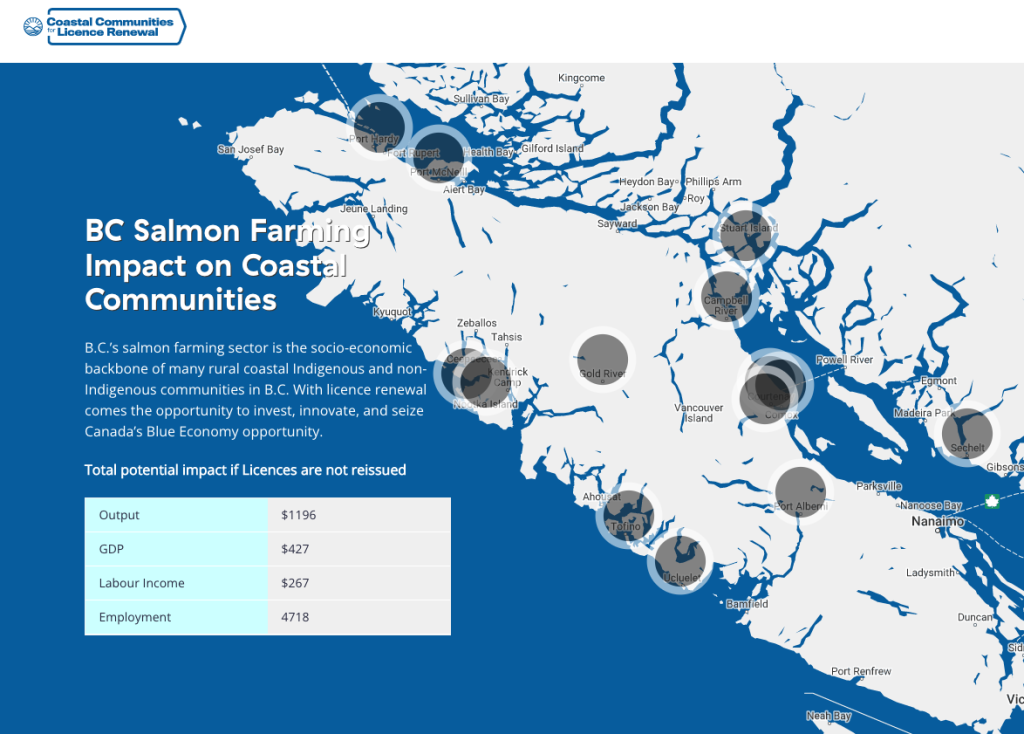 The BC Salmon Farmers Association (BCFSA) has released a new economic analysis report measuring the potential impact of recent salmon farming closures in the region.

The report, conducted by RIAS Inc. on behalf of the association, has estimated that  4,700 jobs and CA$1.2 billion in economic activity, and $427 million in GDP are at risk if 79 salmon farming licenses are not reissued by Fisheries and Oceans Canada (DFO) by June.

Federal aquaculture licences are due to expire on June 30 this year as a result of a decision on December 2020 to phase out existing salmon farming facilities in the Discovery Islands, B.C. The decision is currently before the courts in the form of a judicial review.

“Coastal communities in BC deserve better, especially during an ongoing pandemic that has already caused severe stress, mental health strain, and economic pressure on many families, households and communities,” says Ruth Salmon, BCFSA interim executive director. “After years of instability and concern, these communities deserve a secure and prosperous future.”

The new report is part of an ongoing economic analysis that BCFSA has commissioned in partnership with RIAS Inc. to look at the economic impacts of the pending salmon farm closures