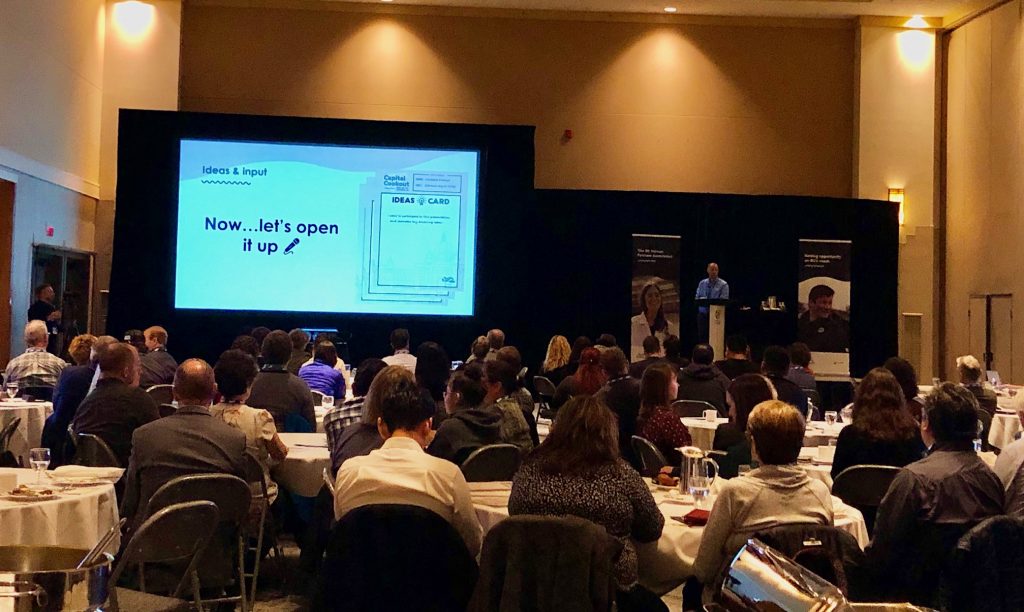 Around 150 delegates attended the community engagement session hosted by the BC Salmon Farmers Association during their AGM in Victoria, BC, over two days.

British Columbia salmon farmers, industry officials and indigenous community representatives wrapped up two days of meetings Thursday in Victoria, BC, where they discussed with legislators their dismay with the federal Liberal Government’s commitment to move salmon farming to closed containment by 2025.

“There was a lot of optimism about the future but then we got completely blindsided because the commitment from the federal government was so utterly different than the work that we’ve been doing with them and their officials over the last year,” Fraser told Aquaculture North America (ANA).

He said the meeting in Victoria with representatives of the provincial government and with the opposition is to make legislators understand that the Trudeau government’s plan is “extremely unwelcome” among both the industry and indigenous communities.

Fraser said they have asked both the government and the opposition in British Columbia to make it clear to Ottawa that all stakeholders in the industry disagree with Ottawa’s plans.  Meetings on this issue with British Columbia elected representatives on both sides of the house were constructive.

“There’s no mistaking where we stand on any issue with this (provincial) government and I will say that our relationship with this government is very positive.  The Broughton experience, while challenging, has really created an opportunity for dialogue that wasn’t there before.

“They, like us, see that there is a tremendous opportunity in indigenous communities for our industry. There’s a lot of work to do, a lot of trust to build, but we feel really good about that,” he said.

The delegation also met with BC Agriculture Minister Lana Popham. “This is a minister who has demonstrated a lot of openness and willingness to listen and we’re very appreciative of it.

“We really like working with her and we think that if she sees aquaculture as a part of agriculture, as part of food production – the idea that land farming and water farming are the same thing, that you’re putting food on people’s tables – it doesn’t matter what environment it comes in as long as you do it sustainably. I think she’s for us, she is being very constructive and we’re very appreciative.”

The meeting with legislators was part of the activities lined up for the Annual General Meeting of the BCSFA.

In a planning exercise on Wednesday, around 150 delegates attended the community engagement session where they networked, shared ideas and expressed support for the industry.

“I’m here to support Grieg Seafoods. They are a partner of our community,” said Mayor Brad Unger of Gold River, BC. “We have had a good relationship with them for 20 years and we just signed a new tenure agreement with them so we’re partners in the future to come in the community.”

Terry Brooks, president of Gindara Sablefish, left the meeting with the notion that “everybody wants to work together and really work to build the industry.”

“I think today was a great opportunity for the Salmon Farmers Association to get in front of the government and have some good, open conversations about the future,” Brooks said. “I really feel that we’re going to be able to work with this government in the future to provide a lot of good full-time jobs and continue to provide good full time jobs in rural communities.”