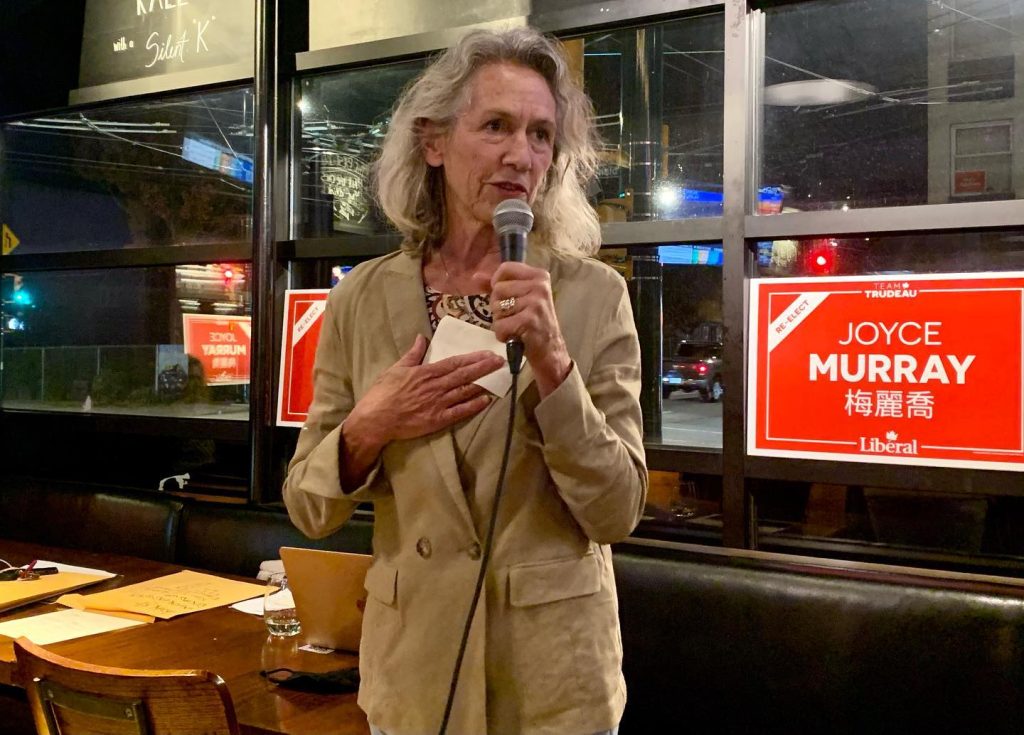 Joyce Murray, a Member of Parliament for Vancouver Quadra, is Canada’s new Minister of Fisheries and Oceans (Credit: Joyce Murray via Facebook)

Murray has been a Member of Parliament for Vancouver Quadra since 2008, and was Minister of Digital Government prior to today’s announcement.

Vancouver Quadra is one of the City of Vancouver’s six federal electoral districts; it includes the University of British Columbia, and Shaughnessy, one of the most expensive neighbourhoods in the city.

The Liberal politician’s own website describes Murray as having spent 25 years building an international reforestation company before venturing into politics.

She championed and helped lead the development of the Centre for Greening Government, a federal initiative mandated to make federal government operations more environmentally friendly.

Murray replaces Bernadette Jordan as fisheries minister. Jordan lost her re-election bid in her electoral district in Nova Scotia during the federal election this past September. Under her term as aquaculture regulator, Jordan made decisions that put into question the future of salmon farming in British Columbia. Farmers are hoping the new fisheries minister will find a path that will save the thousands of jobs that will be lost due to Jordan’s decisions.