Fallout from Canada’s decision to shut down salmon farms continues 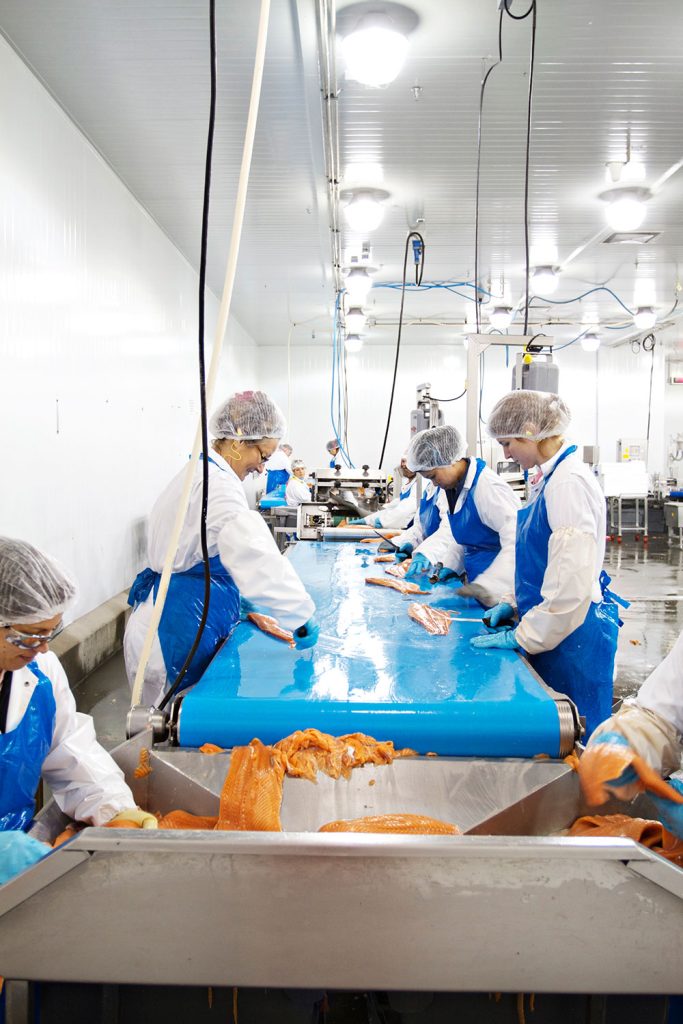 Eighty people will lose their jobs when Mowi’s processing plant in Surrey, BC shuts down as a result of Canada’s decision in December 2020 to phase out salmon net pen farming in the Discovery Islands in BC Photo: BCSFA

Former Fisheries and Oceans Minister Bernadette Jordan’s decision in December 2020 to shut down salmon farms in the Discovery Islands in BC has claimed another victim: 80 jobs at a Mowi Canada West fish processing plant in Surrey, British Columbia.

The salmon producer has announced that it will permanently close its fish processing plant in the Vancouver suburb as the imminent closure of its farms on the Discovery Island will wipe out 30 percent from its overall production volume in the province.

This makes the 23,000-sq-ft processing plant with 80 employees “no longer viable,” said Mowi. Processing of salmon grown by Mowi in BC will be done at its plant in Port Hardy, BC from March 2022.

“This is devasting news to the employees and families who have relied on this operation for their livelihood. It is clear that the decision of the former Minister has lasting implications. Her decision is far reaching and continues to be incredibly damaging to the communities where we operate. It has been more than a year and we have yet to hear from either the former Minister or the new Minister, Joyce Murray,” said Dean Dobrinsky, spokesperson for Mowi Canada West.

The phase out of net pen salmon farms on the Discovery Islands announced in December 2020 requires that all farms in the area must be fish-free by the end of June 2022. “This comes at a bad time, during a pandemic when local food supply and good local jobs have never been more important,” the BC Salmon Farmers’ Association (BCSFA) said at that time.

Mowi is now restructuring its operations in British Columbia so it could maintain its annual production volumes of 30,000 GWT on fewer sites and leaner manpower. The company estimates that 200 people would have been let go by end of June 2022.

“This is what happens when politics overrides science-based evidence,” said Rupinder Dadwan, Human Resources Manager at Mowi Canada West. “At the beginning of the pandemic we were deemed an essential service providing our country affordable and healthy food, and now we’re forced to close our doors. Our Federal Government doesn’t have to do this – it can choose fairness and engagement over divisiveness and exclusion.”