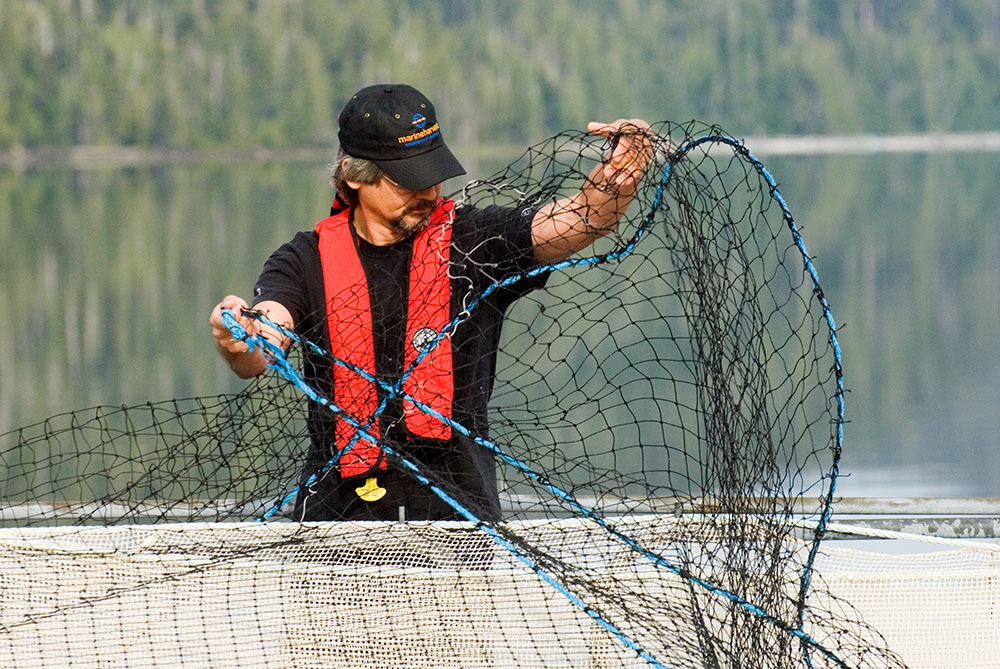 “Slowly does it” sums up the sentiment of experts from Norway and Scotland in their advice to Canada as the country begins the process to move British Columbia away from open-net pen salmon farming to other forms of production systems.

Fisheries and Oceans Canada (DFO) netted advise from both countries – the first and third largest producers of farmed Atlantic salmon worldwide – during the public consultation sessions ahead of the push to fulfill the campaign promise of Prime Minister Justin Trudeau during the 2019 elections of transitioning the B.C. industry by 2025.

“Closed containment technologies (land or marine) may solve certain challenges but can introduce their own unique set of potential issues, particularly with regard to energy requirements, water quality, water chemistry and dissolved gas management,” the Scottish government offered in a public consultation session conducted by Fisheries and Oceans Canada (DFO). “A great deal of research and development investment is required.”

Norway’s centre for research and innovation – CtrlAqua — also offered some insights. It said the idea of growing salmon to market size in land-based closed containment is quite new, with only one such facility in operation (i.e. Fredrikstad Seafood). Many projects are at different stages in the pipeline but the technology will need to be proven successful before others jump in, it suggested.

There are members of the public who also felt that the process to transition the industry from open-net pen salmon farming, with an eye towards the 2025 deadline, is “happening too fast.” But there were others that said it must happen as soon as possible, according to the interim report released July 29 by MP Terry Beech, Parliamentary Secretary to the Minister of Fisheries and Oceans, who conducted the public consultations.

Earlier, the B.C. Salmon Farmers Association called on the federal government to consider a more responsible path forward to minimize impacts on the coastal communities. Salmon farmers have asked that the decision be set aside to give everyone with a stake in salmon farming time to develop a plan to minimize the serious impacts of the decision.

Participants acknowledged that wild Pacific salmon is faced with many threats, including fishing, climate change, habitat loss, forestry and urbanization. While some saw open-net pen farms as a “source of additional harm” to wild salmon, others expressed the view that these farms do not pose significant risk.

Amidst the diverging views, certain things are clear: participants agree that government must do everything in its power to protect and restore wild salmon populations in British Columbia, and any responsible transition strategy must position the sector for growth and job creation, with particular attention to rural and coastal economies.

Beech noted the urgency to come up with a transition plan because 109 fish farm licenses are up for renewal in June 2022.

He says a study measuring the impact of the December 2020 decision to shut down 19 salmon farms in the Discovery Islands of BC on the economy and on local marine ecosystems should inform the transition strategy.

“The decisions made during this transition will have a significant impact on the livelihoods of British Columbians, and it will be important for us to work together to build a shared vision for a responsible path forward. Done correctly, I believe this can be part of a larger, multi-pronged approach to recover Pacific salmon stocks to traditional levels of abundance while growing a globally competitive and sustainable aquaculture industry in British Columbia,” he said.

There will be other consultation sessions over the next several months.